"Music and communication" was founded in 1981 and is John Denver's official Fan Club in Germany.

Visit us on facebook and join our group there

Currently are 22 guests and no members online

When and where was John born? How tall was he? Was John married, does he have children? Does he have any siblings, what is known about his parents? Did he ever take singing lessons? Which profession did he learn? What was important to John besides his music? How did he die / where is his grave? How can I get in touch with John's family / Ron?

How often was John in Germany?
Which albums did he release?
Which are his two or three best known hits (judging from sales figures or popularity)? Which was the first song John ever wrote? Where can I get the music? How can I get notes / lyrics? Where can I find photos?
How many unknown, unreleased songs are still out there?
How many videos did John release?
In which television shows did John appear? With which stars did he sing duets?
Which shows/concerts/films have been officially released on video and/or DVD?

You can see a recent picture of the three of them here. Zachary lives in Basalt, Colorado. Since October 2011, he has been the father of a little daughter. Anna Kate lives in New Zealand with her husband Jamie - they also have a little daughter, born in December 2011. Jesse is a budding artist, painting, photographing and creating jewelry, and lives in Colorado.
Does he have any siblings, what is known about his parents?        (to the top) John has a brother, Ronald Lee, who is five years younger than him. He lives in California with his family. His father, Henry John Deutschendorf sr., was an Air Force Pilot and died on March 15, 1982 at the age of 62. His mother, Erma Louise Deutschendorf Davis, died on Jan. 17, 2010 at the age of 87 in Denver.
Did he ever take singing lessons?        (to the top) To our knowledge - no!
Which profession did he learn?        (to the top) He studied architecture, but he gave it up to concentrate on music.
What was important to John besides his music?        (to the top) John was/is well known for his commitment to world peace, protection of the environment and animals as well as the fight against hunger besides his career. He (co-)founded several organizations which are still working for those goals, so The Hunger Project, Windstar and Plant-It 2000 (now Plant-It 2020).
Besides this, he supported countless organizations, among them:

How did he die / where is his grave?        (to the top) John died on October 12, 1997, when a small plane, type Long EZ, he was piloting crashed close to the coast near Monterey/California. The NTSB states that a chain of reasons caused the accident.
Most likely, John ran out of fuel - to switch to the other tank, he had to turn around in the plane. Doing so, he probably hit the elevator with his foot, what caused the plane to nosedive. Since he was flying rather low, John was not able to pull it out. Suicide was, by the way, ruled out as a probable cause immediately, and blood tests showed that, against first rumors, he had consumed neither alcohol nor drugs. There is no grave - John's body was cremated and the ashes were taken to Colorado, where they were scattered in the mountains around Aspen. It was not said where exactly this was done.
There is a memorial in Aspen, the John Denver Sanctuary. A larger-than-life bronze statue was put up on the Windstar Land in memory of John on Oct. 12, 2002. When the Windstar Land was sold several years later, the statue was moved to the Red Rocks Theater near Denver -- the Trading Post there also holds a little John Denver exhibition.
How can I get in touch with John's family / Ron?        (to the top) Unfortunately the PO Box, which had been given to us as a contact address initially, was closed in the meantime, so that, as sorry as we are, we are not able to help you in this regard... (to the top) John Denver and his music / career         (to the top)

Which albums did he release?           (to the top) In the course of years, the market regarding releases became more and more confusing.
Again and again, pretended new albums appear, which have the same contents in the end (especially, the material from "An Evening with John Denver" is available on countless different albums...) and there are lots of compilations of the same recordings over and over.
The most important John Denver albums should be those:

Which are his two or three best known hits (judging from sales figures or popularity)? (to the top) The best known songs are probably "Take Me Home, Country Roads", "Annie's Song", "Leaving, On A Jet Plane", "Sunshine On My Shoulders", "Rocky Mountain High", "Calypso" and "Perhaps Love" (duet with Placido Domingo).

Since so many people are searching for this - other than many sources state, the song "Jessie Paints A Picture" was not written nor ever recorded by John Denver, but by Joshua Kadison.
Which was the first song John ever wrote?            (to the top) According to his own statement, at first there was a a song "Sitting on the bank, of a lazy little stream". In the documentary "Let This Be A Voice" he sings the first two lines, all he still remembered in 1997... ;-)
Where can I get the music?           (to the top) Good sources for CDs and DVDs on the internet are among others:

How can I get notes / lyrics?           (to the top) Unfortunately, we are not able to offer lyrics and music for download here for legal reasons. Along with almost each album, a songbook was published, and sheet music is available for many individual songs. Just ask in your local music store.
Where can I find photos?           (to the top) In our Photo-Albums
Big internet search engines like Google and Yahoo offer extensive possibilities to search for pictures.
In case you would like to use the pictures for e.g. Websites or articles, please keep in mind that most of the photos are copyright protected.

How many unknown, unreleased songs are still out there?           (to the top)
Songs John sang in his later concerts, but never/recorded/released are:

Also never released on an album were the songs "Storms of November", written by John for the Jacques-Cousteau-Special "Stairway To The Sea", as well as "Alcyone, the Wind" and "The Whale Song", which appear in "The Secret World of Whales and Dolphins" (also a Cousteau-Special).

Besides this, there are countless songs which John sang in television shows etc. and which were never released on an album.
How many videos did John release?           (to the top) In the 1970s already, John used films and slide shows to "illustrate" some of his songs - thus, in a way,  "Matthew", "The Eagle and The Hawk", "Mother Nature's Son" and "Calypso" had something like videos with them.
"Real" Videos in the later sense are:

In which television shows did John appear?           (to the top) Listing all appearances would go beyond the scope of this site - because of this, here also a selection of the most important appearances/specials/TV films:

Not to forget the two movies John appeared in:

and a film about John's life with Chad Lowe

He also had guest appearances in the television series "Owen Marshall" (episode "The Camerons Are A Special Clan") and "McCloud" (episode "The Colorado Cattle Caper"). Which stars did he sing duets with?           (to the top)
For official recordings:

During appearances, in TV shows etc.:

.... I fear, the try to get anything only close to a complete list together here is doomed to failure... :-)

Which shows/concerts/films have been officially released on video and/or DVD?           (to the top)

Films with "guest appearances" by John:

(to the top) "music and communication" - John Denver Club in Germany       (to the top)
Why and how was the German JD-Fan Club founded?           (to the top) I hope it is okay, when I (Inge) explain my personal motivation here, since I am the only "original member" who is still active on the staff...
In the beginning, I was mainly after getting in touch with like-minded people, others who loved John Denver's music as much as I do. Through another German club, which folded many years ago, and then especially the club "The World of John Denver" in the Netherlands, I became aware of the "World Family of John Denver", and thought the idea of being in touch with people for all over the world and not only support John and his music, but also his projects, was just great and fascinating.
I also wanted to be part of this (in case this sounds a little naive to you -- I had just turned 19 at that time... :-))!
With Doris, Eva, Ina and Marion, I tried for approval to found a Fan Club - the rest is history....

What is the club doing?           (to the top) Here, we would like to refer to the "about us"-page on this website...
How many members does the club have?          (to the top)
Right now, more than 470 people have subscribed to our newsletters in either German or English..
When did the regular meetings start?          (to the top) As a matter of fact - we had them right from the start - the first club meeting took place in 1981 already, though is was a very small one. 1982 then, we organized the first  Weekend, which has been taking place every year since then. 1996 we added the "getting-to-know-each-other-days".

What is the club committed to?                      (to the top)
Of course we would like to inform and bring together all interested John Denver Fans - keep John's music and his memory alive - but we also want to continue his commitment to the world and its inhabitants, men or animals, as much as we are able to.
Right now, our main targets are the orchard we planted ourselves and giving financial support to the wild bird care station in Kirchwald, not far away from Sinzig, where staff member Gabi lives.

How many Fan Clubs are existing worldwide?                  (to the top) This is a tough question now, in the age of the internet...
From the "official" clubs, which had been existing already at times when nobody even thought of the internet, only "JDMAS (John Denver Music Appreciation Society)" in Australia, "The World of John Denver" in the Netherlands, well, and us have remained. All of them have completely switched to email notifications by now...
Back then, the number of official clubs was intentionally kept really small to allow communication between them. This worked perfectly - information, newspapers, photos etc. were swapped worldwide.
The term "The World Family of John Denver", which is nowadays used by one of the best known fan pages, "www.john-denver.org", stood from the 70s for this "association"  of the John Denver Clubs in the USA, England, the Netherlands, Germany, England, Australia, New Zealand and Japan. There are countless clubs on the internet - the biggest and best know should, besides "www.john-denver.org",  be "Friends of John Denver" in England and "Rocky Mountain High".
(to the top) 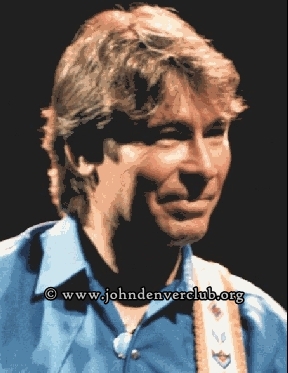